A Gap in Mathematics Education 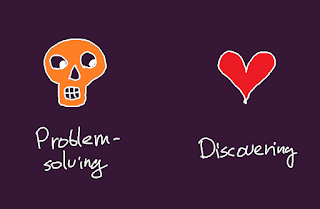 Introduction My musical works, which I have started creating in 2014, explore deeper abstract emotions, such as those arising from an intellectual pursuit, that may be connecting oneself with their dream world and touch the essence of existence. The works can be classified in the following categories: Impromptus  and ballades : these works are based on once-off improvisations, which may be edited for fixing accidental notes, adjusting suitable playback tempo, and introducing repetitions/transpositions. The difference between impromptus and ballades lies mainly in the playback length of the musical piece, with ballades being the longer musical works. A ballade is meant to tell a "musical story", while an impromptu paints a "musical picture".  Esprits : these musical pieces are combined with improvised performance of theatrical nature as a visual interpretation of music. Esprits belong to an artform defined by "mindful improvisation" (which I call "espr
Click to view »
More posts