Lesson 2 in Perceptive Mathematics: quotient of a set

Elements in a set do not have to have any similar features. For instance, we can have a set {A1, A2, M1, M2, M3} where A1, A2 are apples and M1, M2, M3 are mountains. When we have a set whose elements are of different types, we often like to sort these elements by grouping elements of the same type together. Thus, for instance, in the set {A1, A2, M1, M2, M3} we may wish to group the apples together into one set {A1, A2} and group the mountains together into another set {M1, M2, M3}. This process is called a partitioning of a set, and the groupings we get as a result of partitioning are called classes. Note that the classes are themselves sets, such as the class {A1, A2} and the class {M1, M2, M3} for the partitioning just discussed.

Exploration 2.1. Come up with real-life examples of partitioning and in each case, describe what the classes are. Here is a picture for inspiration: 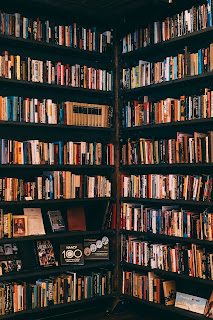 In the example we discussed, can we partition {A1, A2, M1, M2, M3} into the classes {A1, A2, M1} and {M2, M3}? From the first look, it does not seem like apples and the mountain are of the same type, right? But of course, it very much depends on the rule of sorting. For instance, the apples A1, A2, and M1 can come from one country, while M2 and M3 can come from another country. Then if we sort according to which country these entities come from, we will get indeed the classes {A1, A2, M1} and {M2, M3}. In general, partitioning does not restrict the rule of sorting in any way, as long as the classes fulfill the following axioms ("axiom" is a scientific word for a "rule"):

Exploration 2.2. List all possible quotients of the set {A, B, C}. Make sure that the partitioning used for each quotient satisfies the three axioms stated above. Furthermore, to ensure that your list does contain all possible quotients of {A, B, C}, verify that every possible outcome of partitioning that satisfies these three axioms has been considered. How many quotients does the set {A, B} have?

Here are some notes on terminology. The terms "partition" and "quotient" are interchangeable. Note that in the English language, "partition" is both a verb and a noun, while "quotient" is only a noun (so we will never say "quotienting"). The quotient of a set is often called a quotient set, to distinguish it from the quotient of numbers.