A novel by
Natia Kuparadze and Zurab Janelidze 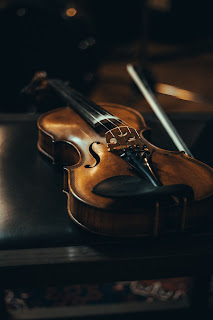 The morning was pleasantly cold and fragrant. The slightly painted balcony door gently let the spring sunlight into the bedroom, which slowly crept towards the middle of the room. Just a little, and the glittering rays would gently touch and caress the sleeping Noah's face. Noah loved his morning naps, when half-awake he convinced himself he was dreaming of a colorful world of his own making. These were magical moments that became more and more beautiful the closer they got to being given up. The rays of the sun flashed on his face.

Noah shook a little, then remained motionless, until finally he stretched his hands and opened his eyes. For a while he looked at the space of the room, as if he had not returned from the world of dreams.

What would today be like? The mind's eye went over the day’s possible developments. He sorted them in his mind, then changed them over and over a few times... he returned to some thoughts several times. While in his thoughts, he walked barefoot in the room, went out to the balcony and greedily inhaled the scent of the spring morning. He then felt a rush of energy, which seems to have helped him to decide firmly to do today what he had been preparing for for a very long time. Indeed, for a very long time…

Noah rushed to put on his favorite blue jeans and a blue T-shirt, grabbed his backpack and ran down the stairs before you could find him walking quickly along the street that sparked with sunlight, until Noah’s figure dissolved in the morning silence.

Noah was a young writer. It can be said that he spent most of his childhood free time writing. Although he had many good friends and was the best student in school, he did not enjoy spending time with friends or studying as much as putting his fictional stories on paper. In his early childhood, before he knew how to write, he used to tell his invented stories to his family and friends.

"Great storyteller", that's how his beloved grandmother called him.

She listened attentively to his stories and showed more interest in his grandson's passion than anyone else. She used to ask him many questions about his stories. These questions gave rise to new and new ideas in Noah, and often several different endings appeared for the same story.

"Noah, now tell me, which of these endings is the true ending of your story?" Grandma used to ask. Noah used to answer:

"Grandma, whichever you like more". Then grandma would say,

"I prefer the kindest ending…" and then make her choice.

The title of Noah's first published collection of short stories was "The Kindest Ending". It consisted of several stories that had the same beginning but different endings. In the preface, the author warned the reader that he himself should choose the kindest ending. Readers seemed to have learned to enjoy this unexpected freedom very much. The collection of Noah's stories soon gained great recognition. Unfortunately, the grandmother did not live to witness this recognition. However, in the depths of his heart, Noah firmly felt that his grandmother was following his successful career from a place that was not far at all, a world that was much more interesting and magical than the world in which Noah had still a very long time to spend before he would get a chance to meet his grandmother again… but of course, during the course of this time, he did meet with her many times, in his dreams while asleep… and there, she continued to be a source of inspiration for many of the ideas in his stories.

Often, when a new idea came to him while in a discussion with his grandmother, he would say "Thank you, grandma!". It was these words that were running through his head when today, he walked quickly down the street that sparkled with sunlight and dissolved into the morning silence. Nobody else but him and his grandmother knew what Noah was up to on this day, but you and I will find out too, soon enough, dear reader.

The quiet day was slowly turning into a boisterous one, preparing Noah for a day… full of miracles?!

A small wooden house stood on the outskirts of the city, in solemnity and silence. At first glance, it might not even have caught your eye, so much so that it was embedded in the picture of nature. It was as if it had grown into a row of trees and a colorful garden that surrounded it.

But an observant eye, especially one that had seen a lot of the bright colors of the Magical World, would surely be attracted to a small wooden house with a beautiful porch, old windows, wooden stairs, a wonderfully manicured garden, where many colorful flowers bloomed and indicated the flawless love and care of their caretaker. The observant eye would definitely notice the path paved with small stones that led to the house and would look at the beautiful lanterns overhead. The observant eye would notice too that in the middle of the garden, there was an old swing that was swayed by the wind.

Every detail of the house and its garden emphasized the refined, deep and tasteful nature of its owner. It was a kind of fairy tale world that summoned you… it would call you and make you think, as if it were telling you an old good tale, where you were brought back to your childhood and got to be reminded of the mostly forgotten, warmest and dearest things to you. These were the feelings Noah had when he approached the house. He stood motionless for a long time, almost out of breath and excited. He felt and read every nook and cranny of the house with his eyes. But he did not yet dare to enter and only looked into its depths through the old cracked fence.

He stood like this for a while… then, thoughts involuntarily brought him back to his grandmother. He clearly imagined that bright and sunny day when he would sit down with her on the staircase of the house. Grandmother was humming a beautiful melody in a low voice while stroking Noah's head. How vivid this memory was in his imagination! It was as if he could still feel the warmth of her beloved grandmother's hands on his head and a pleasant tingle went through the back of his head. Well... it was that very day, who can forget it?! That very day when grandma confided in Noah her unbelievable story…